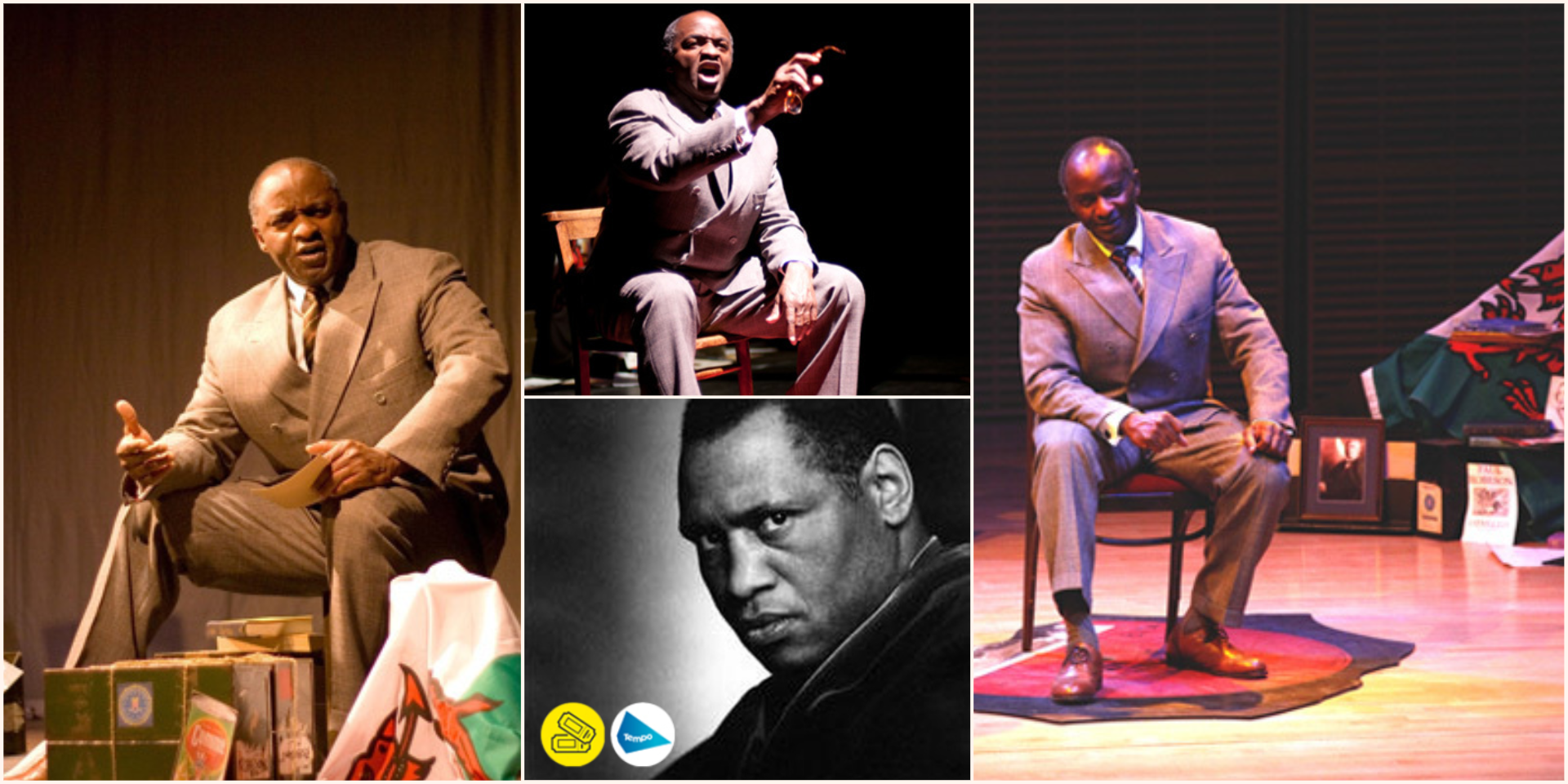 Paul Robeson is a world-famous actor, singer and civil rights campaigner. When he gets too radical and outspoken for the establishment’s liking, he is branded a traitor to his country, is harassed, and denied opportunities to perform or travel.

This roller-coaster journey through Robeson’s remarkable life highlights how his pioneering and heroic political activism led many to describe him as the forerunner of the civil rights movement. It features some famous songs (including a dramatic rendition of Ol’ Man River), speeches, and a spectacularly defiant testimony to the Senate House Un-American Activities Committee.

One of the 20th Century’s most impressive but overlooked figures is revived in this powerful, compelling tour-de-force performance, performed at New York’s Carnegie Hall in February 2012.

The event is finished.

Have you got a great event happening in Wales? Want to feature it on BHMWales – Black History Month Wales's online events calendar for free?